In case you missed it, GS Insurance is proud to be able to offer Best Doctors through a partnership with our network (cbn) and CGU.  Best Doctors is exclusively available to CGU Countrypak customers only.

Read below for a real life case study on how Best Doctors works.

“We live a long way from a major city and a lot of our consultations are done over teleconferencing. It was a true facilitation to find out the Best Doctors service works remotely. I’m very thankful for all the help and organization the Best Doctors team did for us.’’ 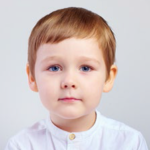 Courtney was having a healthy pregnancy until the situation changed when she underwent her 35th week ultrasound. The results revealed that the fetus had hydrocephalus, a condition in which fluid accumulates in the baby’s brain that in cases can cause brain damage.She was sent for an immediate MRI scan which confirmed that the baby had indeed experienced severe brain damage and that Courtney’s child might not survive birth.

Thankfully little Baxter was born and to his family’s relief, he wasn’t sent to the intensive care unit as they had originally expected. However, additional testing confirmed evident brain damage. Baxter wasn’t able to reach his growth and development milestones. He is unable to sit or crawl, communicate effectively through speech, has epilepsy and also has demonstrated signs that suggest a visual impairment. He also suffered from a hearing problem but thanks to the bilateral cochlear implants he had inserted he is now able to hear. His treating doctors officially diagnosed him with cerebral palsy, which causes Baxter to have impaired muscle coordination as a result of his brain damage.

A happy baby, Baxter always smiles and tries to interact with people, but he does require medical treatments and constant follow-ups. One of the biggest challenges Baxter’s parents face, is that getting Baxter the attention he needs from healthcare professionals is difficult as they don’t live close to a major city. They often have to resort to virtual sessions with physiotherapists as well as speech and occupational therapists. Courtney, who was naturally very concerned about her son’s well-being and development, felt she needed to be reassured that Baxter was indeed receiving the right treatment and care. She decided to reach out to Best Doctors, to use their renowned Second Opinion service accessible via her insurer.

The medical team at Best Doctors offered Courtney the support she was yearning for and they collected all of Baxter’s medical information and history on her behalf. The team prepared a clinical summary to kick-off Baxter’s second opinion process and selected a renowned pediatric neurologist with a sub-specialty in neurodevelopmental disabilities to review Baxter’s case. The specialist agreed with the original diagnosis the boy had received and explained that the cause most likely would have been a congenital CMV infection, a common viral infection that can negatively affect the foetus during pregnancy. The Best Doctors expert provided Courtney with a thorough report in which he explained what treatments would be most suitable for Baxter. Courtney couldn’t be more relieved to receive an additional medical confirmation that Baxter is indeed receiving the right treatment.

Thankful for the chance to review Baxter’s case, the Best Doctors expert encourages Courtney and her family to remain optimistic, as the future is difficult to predict. Even though Baxter will always need special care, Courtney now knows they are following the right treatment path.

It took a load of our shoulders to know that we are doing the right thing with our son. This gave us peace of mind that we are not missing out due to distance. It was great to be able to access international studies through the service.”

A decade ago less than 1% of small to medium enterprises (SMEs) had any type of financial lines insurance. Fast forward to now, and with more and more companies facing litigation in connection with management risks and exposures, management liability insurance is now considered a ‘must have’ for Australian businesses.… END_OF_DOCUMENT_TOKEN_TO_BE_REPLACED

From pony club tests to farmers market stalls right up through music and food festivals, there is certainly significant planning that goes into a successful event! But what if everything doesn’t go according to plan? That’s where your event insurance solution plays an important part. Whether it’s literally raining on… END_OF_DOCUMENT_TOKEN_TO_BE_REPLACED

Running a restaurant, bar, café, hotel or catering service comes with a level of innate risk. Paired with rapidly changing technology (i.e. Uber Eats) and customer demand, hospitality businesses face one of the most challenging risk landscapes of any industry. Some of the top risks to hospitality and food businesses… END_OF_DOCUMENT_TOKEN_TO_BE_REPLACED

The construction industry is the largest non-service related industry, contributing $134.2 billion to the country’s economy. But as with any big industry, construction comes with its own unique set of risks, and correlating insurance solutions. About construction insurance Let’s start with the basics. There are two different types of construction policies… END_OF_DOCUMENT_TOKEN_TO_BE_REPLACED

One of the biggest things that keeps us awake at night as insurance brokers is when friends, family or clients are uninsured or underinsured. Some will opt out of insurance claiming cost as the biggest deterrent, but many have never properly had underinsurance explained to them and simply don’t understand… END_OF_DOCUMENT_TOKEN_TO_BE_REPLACED